Click here to go back to the Advertising Association

The Advertising Association promotes the role and rights of responsible advertising and its value to people, society, businesses and the economy. We represent UK advertisers, agencies and brands on behalf of the entire industry, acting as the connection between industry professionals and the politicians and policy-makers.

The Advertising Association focuses on major industry and policy areas that have huge ramifications on UK advertising. This section contains our work around Brexit, HFSS and gambling advertising, data and e-privacy, trust, the digital charter and our Industrial Strategy campaigns.

Credos is the advertising industry’s independent think tank. It produces research, evidence and reports into the impact and effectiveness of and public and political response to advertising on behalf of UK advertisers in order to enable the industry to make informed decisions.

Front Foot is our industry’s member network of over 50 businesses across UK advertising. It aims to promote the role of responsible advertising and its value to people, society and the economy through a coalition of senior leaders from advertisers, agencies and media owners.

Membership offers a range of exclusive benefits, from early access to Credos research to invitations to exclusive networking events. The Front Foot network helps us shape the annual agenda and means members are at the forefront of the latest thinking and industry initiatives of value to their businesses.

We run a number of events throughout the year, from our annual LEAD summit to the Media Business Course and regular breakfast briefings for our members. We are also the official UK representative for the world’s biggest festival of creativity – Cannes Lions.

The future of the fashion industry: CGI models 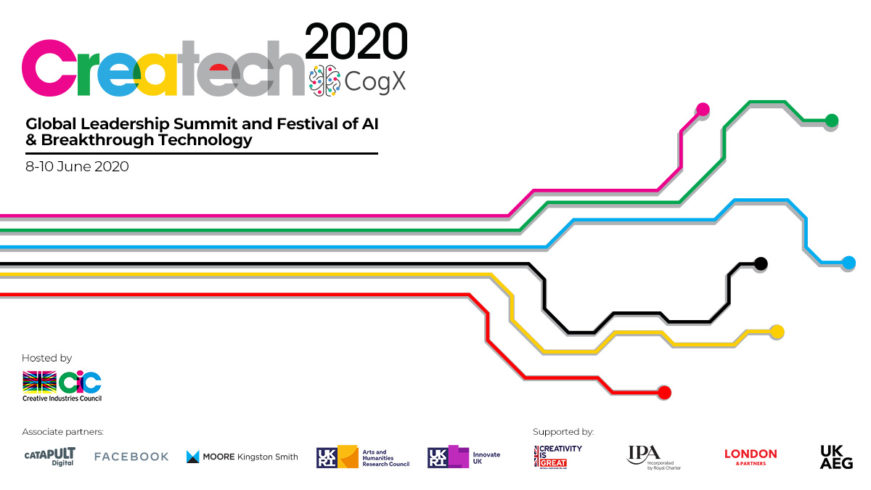 CGI was first used in 1961 when a group of Russian mathematicians managed to move a cat across the screen. Since then, it has heavily been used in the movie industry (e.g. Avatar), and it has also been adopted by other industries, such as fashion, namely Balmain in 2018, which created a lot of international buzz.

Raluca has analysed the social media engagements from the Balmain campaign where CGI models Shudu, Urdu, and Zhi were used. At this session, Raluca will share her learnings on the impact of the virtual campaign and the lessons for brands and influencers going forward.

Access your complimentary pass to join UKAEG at Createch@CogX by using the code CREATECHTOPIC.
Event Information 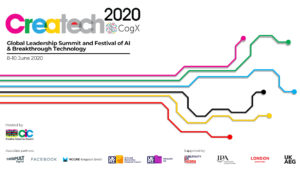 The Wayback: A virtual reality film series for people living with dementia.

The New Tools of Engagement: Voice, AR, Chatbot and AI

Digital pollution: Why your design and development decisions could be killing the planet